I have received a number of press inquiries about the possible impact of sanctions legislation currently before the Congress. But the main point of a recent report by the Government Accountability Office is not that we need more sanctions, but that we need to do a better job of implementing existing sanctions.

The report examines the sanctions process both in the United States and at the United Nations. So apart from substantive outcomes, if one wants to know how the system works, this report is the place to start. 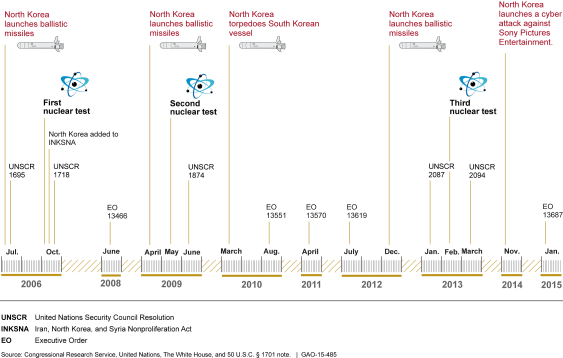 In the US, in effect there appear to be two parallel processes one run by Treasury’s Office of Foreign Assets Control, and the other, focusing on activities that are potentially sanctionable under Executive Order 13382 which targets proliferation and weapons of mass destruction run by the State Department’s Bureau of International Security and Nonproliferation’s Office of Counterproliferation Initiatives. Once either State or Treasury makes a determination to block assets, Treasury implements this determination. On the export control side, the Commerce Department’s Bureau of Industry and Security administers the export licenses for dual-use technologies. 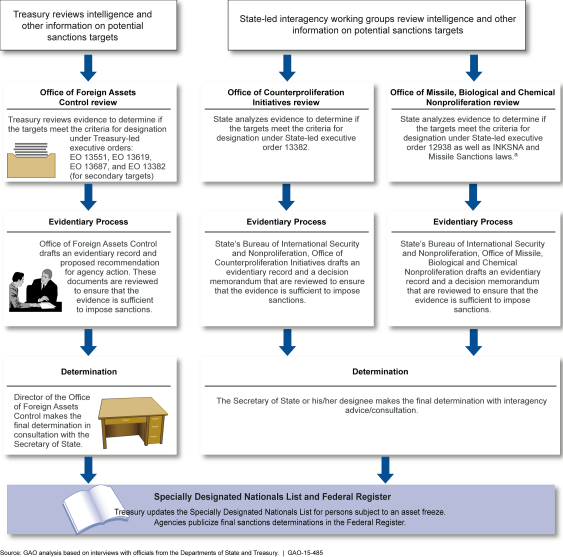 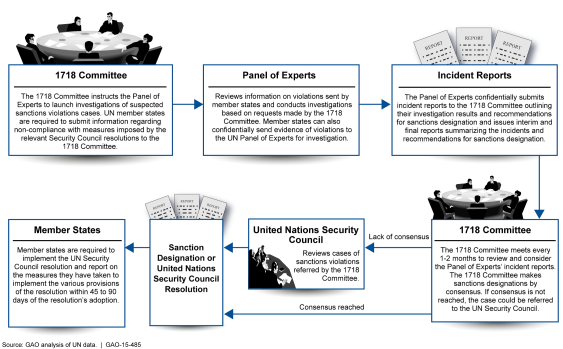 While both the US and UN processes can point to successes, the report expresses considerable concern about UN member state implementation of three North Korea sanctions resolutions. As the report observes, “More than 80 percent (158) of the UN’s 193 member states have not submitted implementation reports in response to these three UNSCRs.”  These include major transportation centers such as the United Arab Emirates, as well as countries that North Korea has used as transit points in the past (Thailand).

Perhaps the most startling revelation is the extent to which UN member states are apparently unaware of or choose to ignore their obligations: Uganda actually contracted with North Korea to provide police training services.  When called out on this, Ugandan government officials indicated that they were unaware that this activity violated sanctions.

In other cases, countries were aware of their obligations but their judicial systems lacked the laws and mechanisms to enforce sanctions or seize assets. The recent seizure of a North Korean vessel in Mexico has been cited as a case in point.

As a consequence, it is perhaps not surprising that the report recommends technical assistance to member states facing challenges implementing the sanctions resolutions. Not addressed are private complaints that I have heard that our own system does not implement existing sanctions in a rigorous way.  It has been claimed that the OFAC target list ignores individuals and entities already sanctioned by the UN or on the EU list. Perhaps we have different standards or evidence, but one senses that we may not be doing an adequate job of using evidence already developed by others.

Better implementation, not necessarily more sanctions, seems to be the message.

Finally, I note with sadness the passing of Ornette Coleman.  I have no idea what he thought about North Korea, but I cannot believe anyone as iconoclastic as he was would have had much admiration for its political system. R.I.P.

UN Panel of Experts Report on sanctions, part 1 of 3