The Rise of the "Notel"

Last week a number of outlets picked up a story by James Pearson at Reuters highlighting the proliferation of portable media players, or “notel”, in North Korea. The author cites one estimate that up to half of all urban households possess such devices, which are both smuggled and licitly imported from China. This seems high to us, but it nevertheless embodies a potential sea-change for the average North Korean’s ability to access outside media and information. Moreover, the government may have officially blessed the influx of these devices, although whether they can live with the implications is yet to be seen. 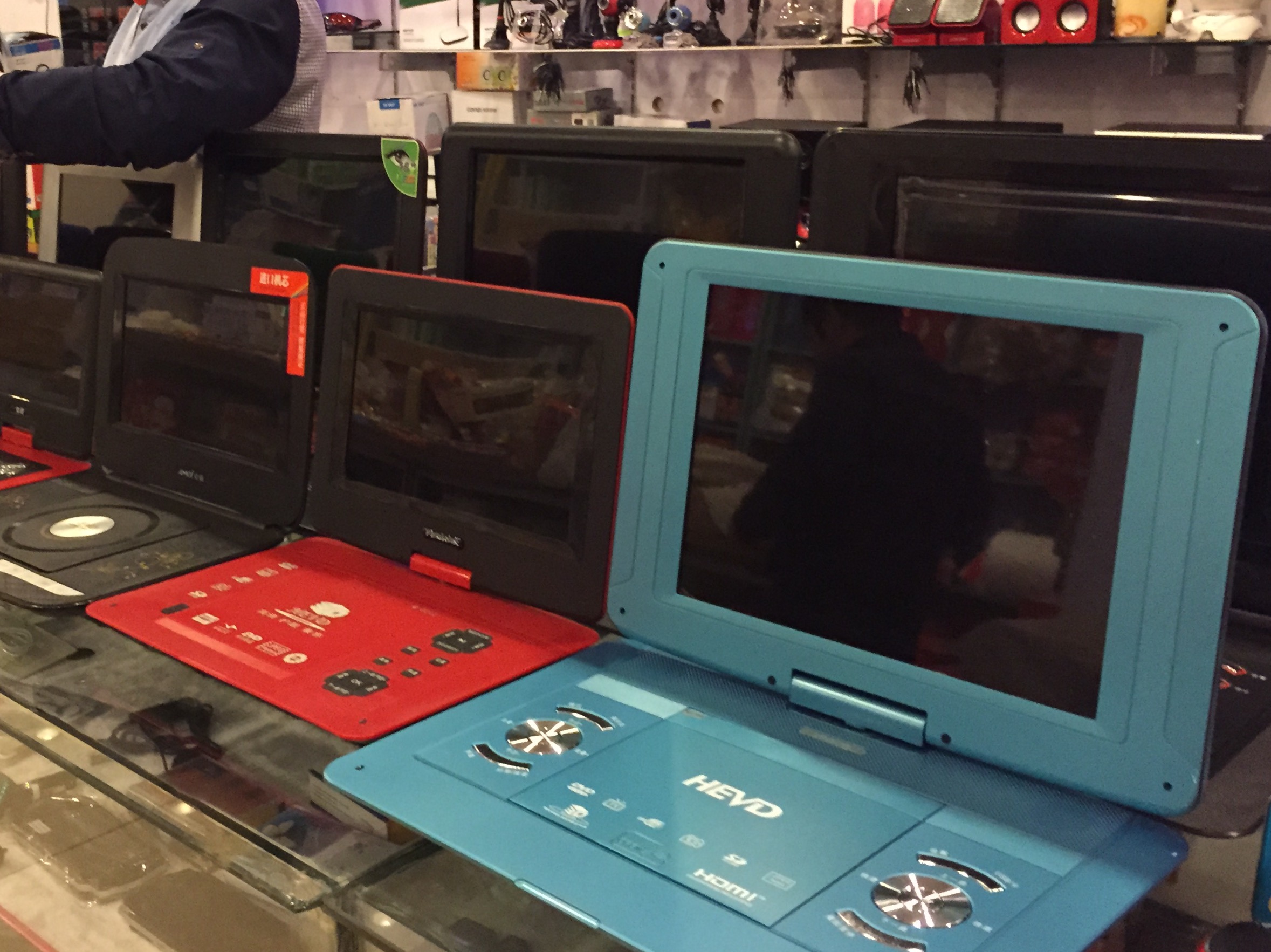 The Enhanced Versatile Disk (EVD) medium off of which many of these players operate was a Chinese format that failed to take off domestically but, according to Sokeel Park at LiNK, is “the perfect device for North Koreans.” A quick look at some of the models on Alibaba suggests why: they have the ability to pick up both TV and radio, are easy to conceal, and will play media off of a range of formats including USB and SD cards, a common way to share foreign media and other contraband. They are also quite cheap, though with surprising mark-ups in North Korea. Available for as little as $35 in China they run from $50-100 after crossing the border, an interesting indicator in itself of various barriers to trade.

We can glean some information on the extent of this phenomenon from trade data by placing it within the context of the general rise in consumer electronics and information technologies. As figure 2 shows, 2014 was a banner year for the import of electronics and machinery from China. These two broad categories now make up over one fifth of North Korea’s total imports from China, with the most explosive demand in consumer goods like cell phone handsets and televisions. Note that this is just observed trade: many gadgets like EVD players are undoubtedly smuggled.

Figure 2. China’s exports of electronics and machinery to the DPRK 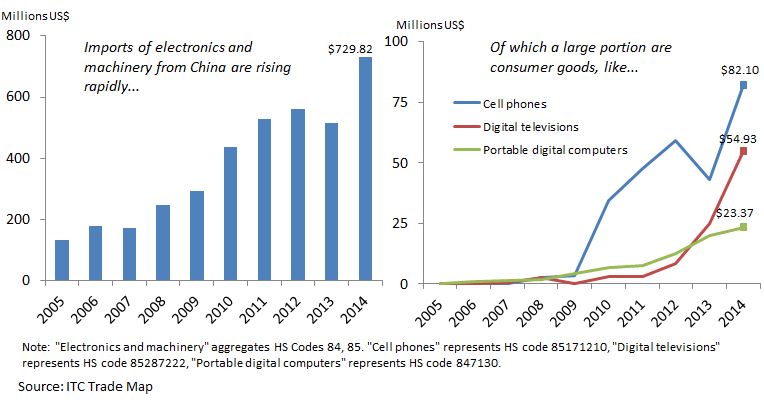 This story resonates for several reasons. First is the potential challenge the spread of EVD players represents to the regime’s control of information. Access to South Korean dramas, Hollywood films, foreign news and other contraband is not new, but playing them required more expensive, larger and thus riskier devices. One attraction of the EVD player is that it is easy to conceal what you are actually viewing. Owners can override controls that limit TV and radio stations to state presets; according to reports, market vendors routinely provide this information. Moreover, USB’s can easily be removed and concealed in a way that DVDs and larger formats can’t. The spread of EVD’s would seem to dovetail with external “information strategies” aimed at providing North Korean citizens with different views of the world. As early as 2013, South Korean press reports suggested that EVD players were fuelling the [South] “Korea wave” in the DPRK.

More interesting—and suprising--is how authorities are reacting to the proliferation of such potentially destabilizing media platforms. In many ways, the response appears to mirror the guarded rollout of cell phones. A few months ago the Daily NK reported that the state actually permitted the use of EVDs and now sells them in state stores, subject to a number of restrictions. This could represent a move towards tolerance of the habits of the emerging middle class after an era of strict crackdowns, which would be welcome. Yet it may not. As one in-country source concludes: “The young leader [Kim Jong Eun], who was able to study abroad, may be putting on this image of benevolence for his people, but the nature of politics is that you never know when things will change, so caution must be exercised.” Amen.