The Benefits of a Hot Economy

Faced with extraordinary monetary policy challenges, the Federal Reserve system has inaugurated a welcome new policy of convening special sessions around the country to let a broad range of people across the country air their views. I had a chance to speak at the Federal Reserve Bank of San Francisco at its “Fed Listens” session on September 26. I am pleased the Fed is listening to such a wide range of perspectives and views at a time of debate over ensuring the best policies, especially in the event of future economic downturns, given the world of low interest rates we are living in.

I looked at two broad issues in my talk (see slides here). The first issue, something I discussed in a recent blog post for Foreign Affairs, is that even with a record-long expansion, a record streak of job growth, and an unemployment rate that has reached a 50-year low, a larger fraction of prime-age men (ages 25–54) are not employed today than was the case before the financial crisis. Two lessons from this experience: There is more scope for monetary policy to accommodate a continued hotter economy with further improvements in the labor market, and even with these improvements it will take serious structural reforms to undo much of the employment damage that has accumulated in recent decades.

A simple traditional Phillips curve shows that wages have had a much stronger relationship with lower unemployment than prices have since 2000 (although the relationships were different before then). In fact, the slides show that this simple result is robust to alternative models of the Phillips curves (e.g., traditional, accelerationist, or lagged) and different measures of slack (from narrow measures like short-term unemployment to broad measures like prime-age employment rates). 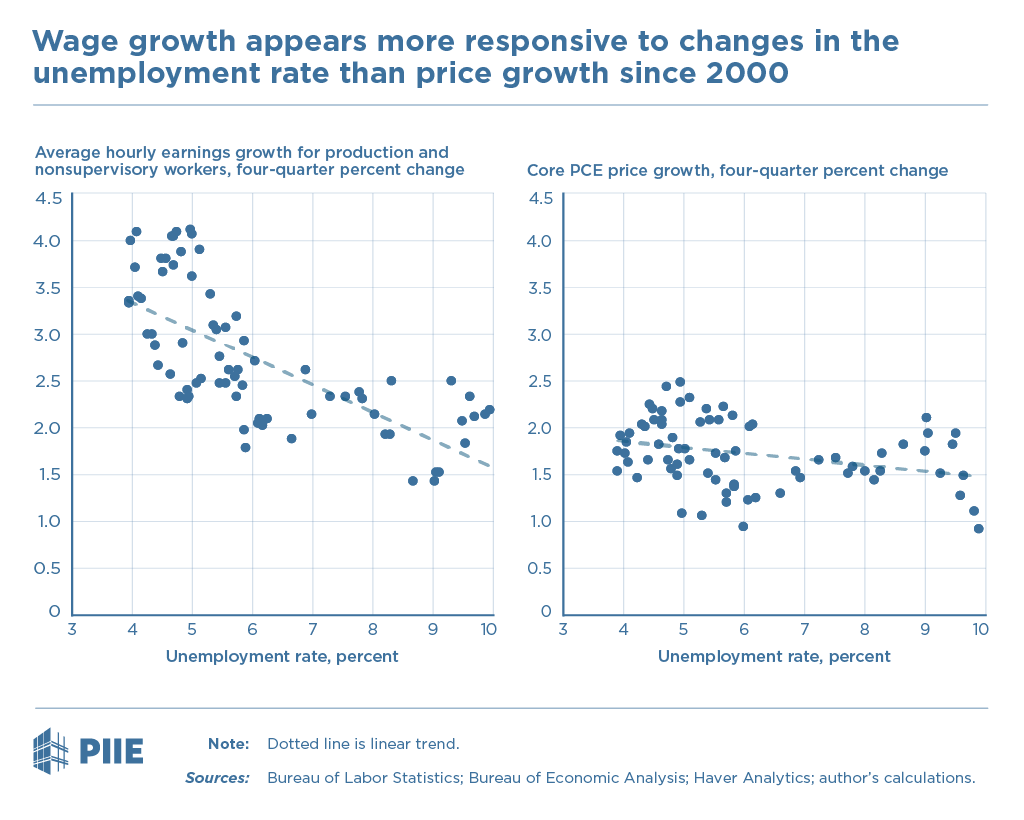 In summary, the benefits of higher employment associated with a hot economy are direct and obvious. The question of the impact of a hot economy on real wages is empirical, and, at least for the last two decades, the empirical evidence confirms the widespread perception that real wage growth is an additional benefit of a hot economy.

Monetary policymakers need to weigh these large benefits of a hot economy against the risks, which at this moment are more likely to come from the financial system than price inflation. So far they have done an excellent job. I hope their open public engagement on their strategy, tools, and communications will help ensure that they continue to do so.