Ukraine suffered unprecedented political, economic, and military turmoil following Russia's annexation of Crimea in early 2014. Russian military aggression in the east and a legacy of destructive policies and corruption have created an imminent existential crisis for this young democracy. Yet Ukraine also has a great opportunity to break out of economic underperformance. In this study, Anders Åslund, one of the world's leading experts on Ukraine, traces Ukraine's evolution as a market economy starting with the fall of communism and examines the economic impact of its recent difficulties. Åslund argues that Ukraine must undertake sweeping political, economic, social, and government reforms to achieve prosperity and independence. For its part, the West must abandon its hesitant approach and provide broad economic assistance to help Ukraine transform itself.

The data underlying the figures in this analysis are available in Excel in a zip file.

I A Strategy of Radical and Comprehensive Reform

1. Introduction: Ukraine on the Precipice

2. Why Ukraine Can and Should Opt for Radical Reforms Now

3. Ukraine Needs Europe as a Model and International Anchor

III How to Fix It

6. Euromaidan and the Demise of the Yanukovych Regime, November 2013 to February 2014

8. Next Comes Reform of Ukraine's State

10. Cleaning Up the Energy Sector 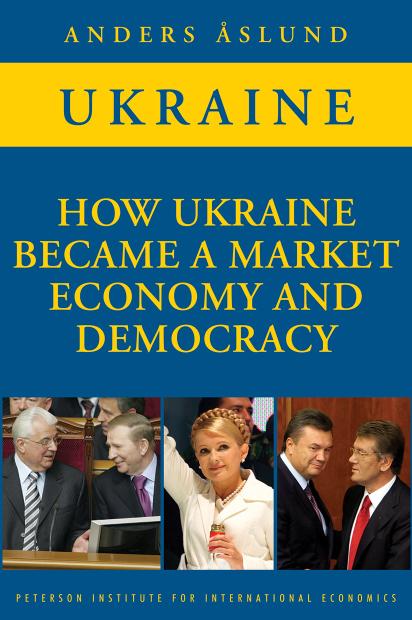 How Ukraine Became a Market Economy and Democracy