Ángel Ubide, senior fellow from 2009 to February 2016, is an expert on central banking, European affairs, finance, and macroeconomic policy. Ubide has worked for a decade and a half in the hedge fund industry, first at Tudor Investment Corporation, a multistrategy hedge fund management firm and later at D. E. Shaw Group, a global investment and technology development firm. He has been deeply involved in the global economic policy debate as a member of the Steering Committee of the Euro50 Group; as board member of the Reinventing Bretton Woods Committee; as a founding member (2002–12) of the European Central Bank''s Shadow Governing Council; and as associate fellow at the Center for European Policy Studies, where he coauthored several editions of the annual report on the European economy. He has written on international macroeconomics, monetary policy, European policy issues, banking, and exchange rates. Ubide has been a frequent contributor to the Spanish media, currently as an economic columnist at El Pais, the leading Spanish newspaper, and has also been published or cited in leading global newspapers, including the Economist, Financial Times, Wall Street Journal,and Newsweek. His recent work focuses on the dynamics of the global financial crisis, with special emphasis on the euro area outlook, and on monetary policy.

Ubide started his career as an economist at the International Monetary Fund and as an associate at McKinsey & Company. He received a degree in economics and business administration from the University of Zaragoza and his MA and PhD in economics from the European University Institute in Florence, Italy.

Rebuilding the Global Economy: Role of the ECB and European Commission in macroeconomic policy

END_OF_DOCUMENT_TOKEN_TO_BE_REPLACED 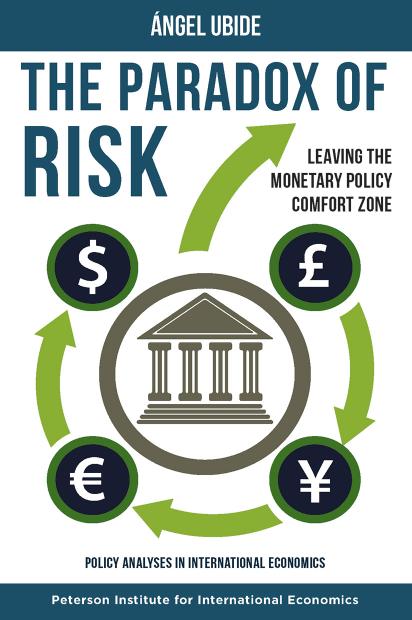 The Paradox of Risk: Leaving the Monetary Policy Comfort Zone