José De Gregorio, nonresident senior fellow at the Peterson Institute for International Economics since March 2014, is dean of the School of Economics and Business at the University of Chile. He was governor of the Central Bank of Chile from 2007 until 2011. Before that he was vice-governor from 2003 and member of the bank's board from 2001. During 2000 and 2001, De Gregorio was minister of the combined portfolios of economy, mining, and energy. He is author of How Latin America Weathered the Global Financial Crisis (2014).

Between 1997 and 2000 he was professor and head of postgraduate programs at the Center of Applied Economics at the University of Chile. He also served on the executive board of the Latin American Doctoral Program in Economics. From 1994 to 1997, he was coordinator of economic policy at the Ministry of Finance, Chile. From 1990 to 1994 he worked as an economist in the research department of the International Monetary Fund (IMF). He has been a visiting scholar at the IMF and the World Bank and visiting professor at the Anderson School, University of California, Los Angeles. He is on the board of and advisor to several private companies. He is also a consultant to international organizations.

De Gregorio has received a number of honors and awards, including Central Banker of the Year in Latin America for 2008, awarded by the Banker, a member of the Financial Times editorial group. He was also named Distinguished Industrial Engineer of 2007 by the Industrial Engineering–University of Chile Alumni Association and Economist of the Year by the newspaper El Mercurio in 2011, among others.

He has a degree in civil engineering and a master's degree in engineering from the University of Chile, where he received the Marcos Orrego Puelma award for the best graduate of his year. He obtained a PhD in economics from MIT in 1990. He has published two books and more than 100 articles in international academic reviews and books on issues including monetary policy, exchange rates, international finance, and economic growth. He has served as a referee and member of editorial boards for several academic journals. He is also a member of the executive committee of the Latin American and Caribbean Economic Association.

Rebuilding the Global Economy: Role of the International Monetary Fund

Emerging Markets in the New Normal: Challenges for Macroeconomic Policies

END_OF_DOCUMENT_TOKEN_TO_BE_REPLACED 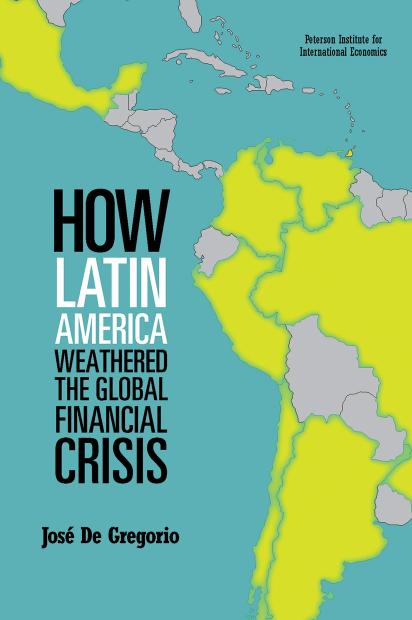