Steven R. Weisman, vice president for publications and communications, joined the Peterson Institute in 2008. He had previously been the chief international economics correspondent of the New York Times since 2006. He served as a member of the editorial board of the Times, specializing in politics and economics (1995–2002). His work has appeared in the Times Book Review, Times Magazine, and the paper's news, features, and culture sections since 1968. Before serving as chief international economics correspondent, he was chief diplomatic correspondent and won the Edward Weintal Prize in 2004 for his reporting on diplomacy and international affairs, awarded by the Walsh School of Foreign Service at Georgetown University. Earlier he served as deputy foreign editor for the Times. Mr. Weisman wrote about the emergence of Japan and India as global economic powers while serving as bureau chief for the Times in Tokyo and New Delhi. He also covered the war in Afghanistan in the 1980s. During the first term of President Ronald Reagan, Mr. Weisman was senior White House correspondent, specializing in foreign policy, budget, tax, and other economic issues. His coverage of the New York City fiscal crisis earned a Silurian Society Award in 1975. He is the author of The Great Tax Wars: Lincoln to Wilson—The Fierce Battles over Money and Power That Transformed the Nation (Simon and Schuster, 2002), which received the Hillman Prize in 2003 for the book that most advances the cause of social justice. He is also the editor of the book Daniel Patrick Moynihan: A Portrait in Letters of an American Visionary (PublicAffairs, 2010). His book The Great Tradeoff: Confronting Moral Conflicts in the Era of Globalization, was published by PIIE in 2016. His most recent book, The Chosen Wars: How Judaism Became an American Religion, was published in 2018. It garnered laudatory reviews in the New York Times, Wall Street Journal, Washington Post, and many other publications.

The Greek Debt Crisis: No Easy Way Out

Book Review: The Great Tradeoff: Confronting Moral Conflicts in the Era of Globalization

NPR On the Media

Is Globalisation Wilting or Blooming? 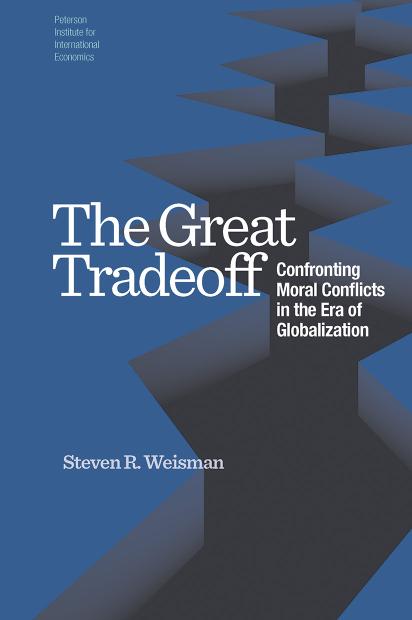 The Great Tradeoff: Confronting Moral Conflicts in the Era of Globalization