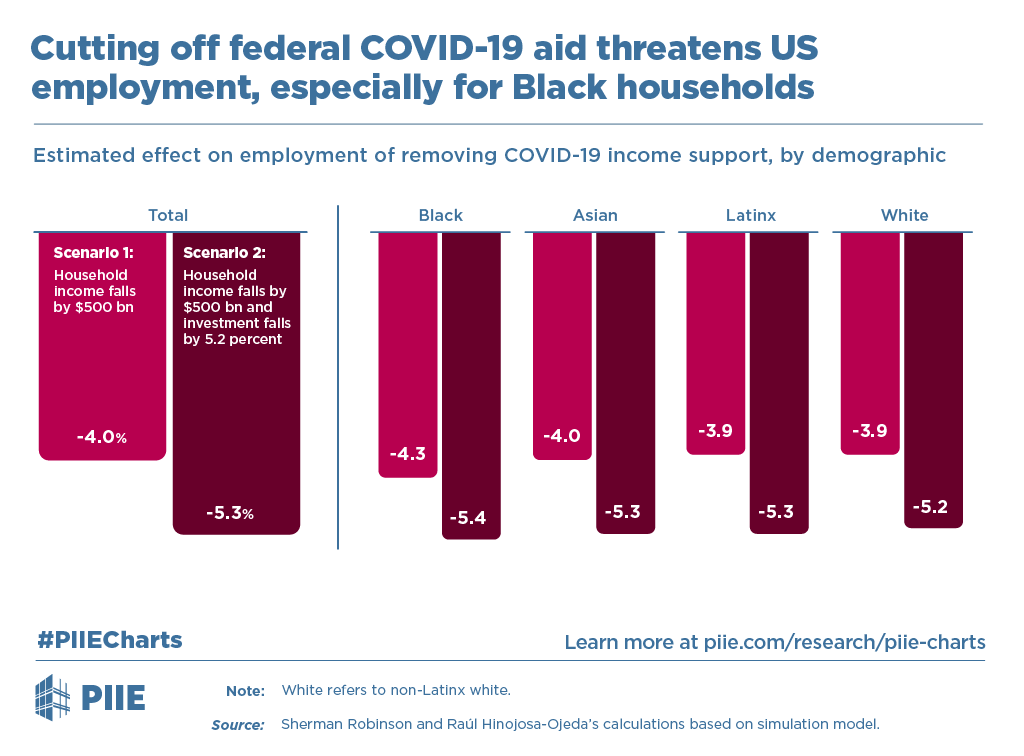 The impasse in Congress over the renewal of expiring COVID-19 income support programs threatens to worsen US unemployment. President Donald Trump has issued some executive orders to provide assistance to families, but both the president's orders and Republican proposals would see significant cuts in the level of support for US households.

Using an economic simulation model, scenario one assesses the impact on US employment if income support to households is left to expire and assumes a reduction in household income of $500 billion. The decline in consumption would lead to a 4 percent fall in total employment. Minority workers would be the worst affected, with employment among Black workers falling by 4.3 percent compared with 3.9 percent among white workers.

The drop in household demand caused by the removal of income support would ripple across the economy, potentially reducing production and leading to additional loss of income. The model shows that the general economic decline caused by the removal of COVID-19 income support would lead to a total (direct plus indirect) loss of about $1 trillion in household income compared with $500 billion in direct losses.

Scenario two calculates the impact of an investment shock, in addition to the household income shock, on employment. With a drop in aggregate investment of 5.2 percent, total US employment drops 5.3 percent. Again, Black workers would be the worst affected, suffering a 5.4 percent reduction in employment. US policymakers should maintain earlier levels of income support to avoid a cascade of further economic damage.

How much have childcare challenges slowed the US jobs market recovery?