Revised August 24, 2020. This version corrects some errors in country classifications in the originally published chart. 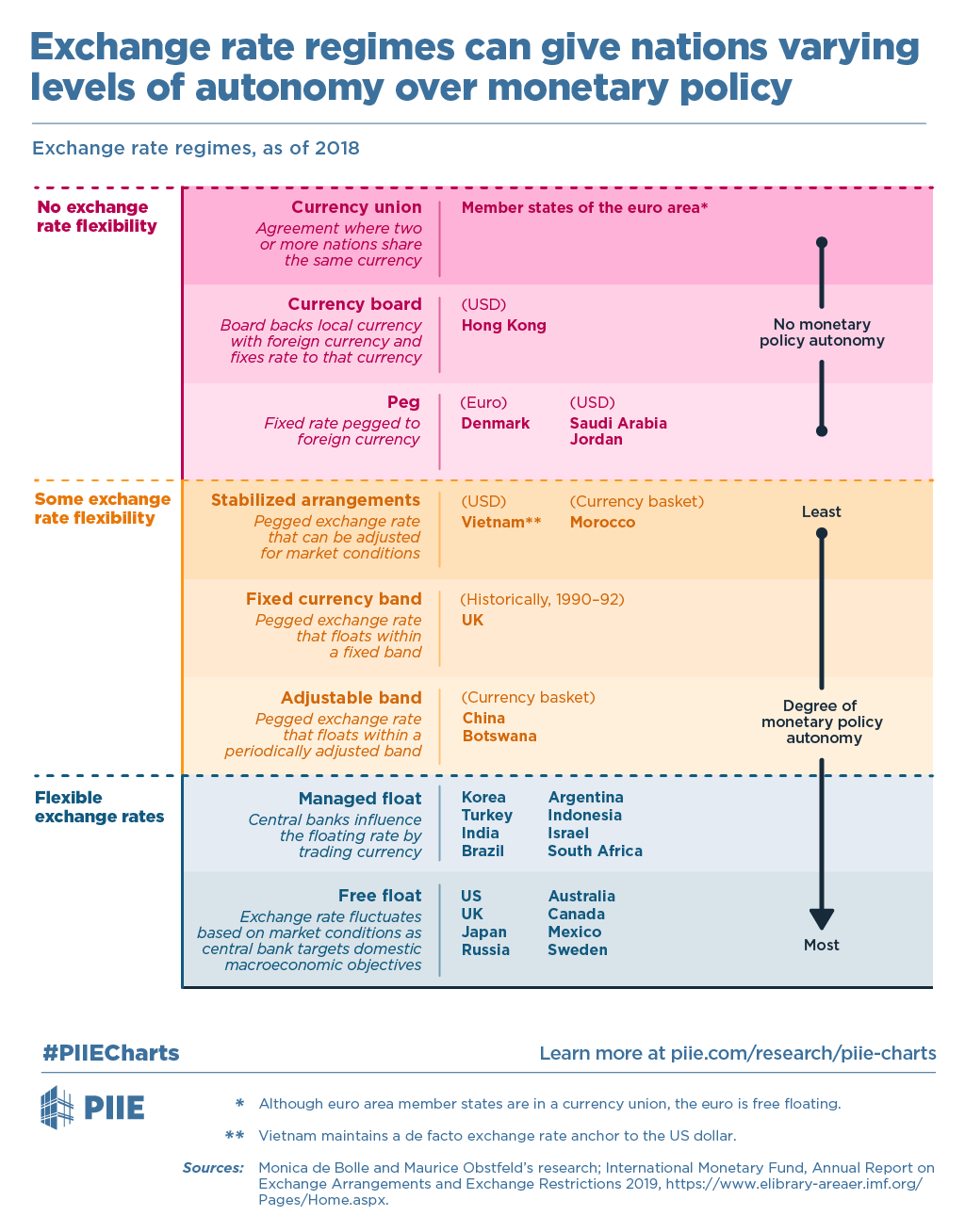 For example, Saudi Arabia pegs its currency to the US dollar to keep inflation at manageable levels and shield domestic consumers from price fluctuations on imported goods. But this practice also limits the country’s ability to use domestic monetary policy to respond to economic shocks. By contrast, Indonesia has adopted a managed float exchange rate regime. The rupiah floats against the US dollar, but the Indonesian central bank acts to smooth out fluctuations in the exchange rate, thereby limiting currency volatility. When these actions require the central bank to limit divergences between Indonesian and US interest rates, Indonesia’s monetary autonomy suffers.

When Will the ECB Move on Monetary Stimulus?