The Misery of Brazil's Economy

The sum of the inflation and the unemployment rates, referred to as the misery index, is often used as a measure of economic well-being. Brazil's runaway inflation and rising unemployment over the course of 2015 show a steep increase in misery. 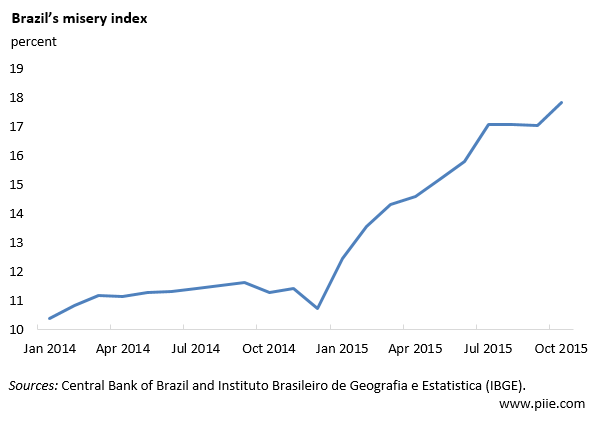 There's no respite in sight. Recently released consumer price index figures for October-November (from IPCA-15, Brazil's CPI) show that prices have broken through the 10 percent mark, rising to 10.3 percent over the past 12 months. Unemployment will likely continue to rise as the recession deepens. Brazil's dramatic surge in misery will persist in 2016.

Another reason to raise the Fed's inflation target: An employment and output boom

US workers are getting large raises, but not enough to keep up with higher inflation