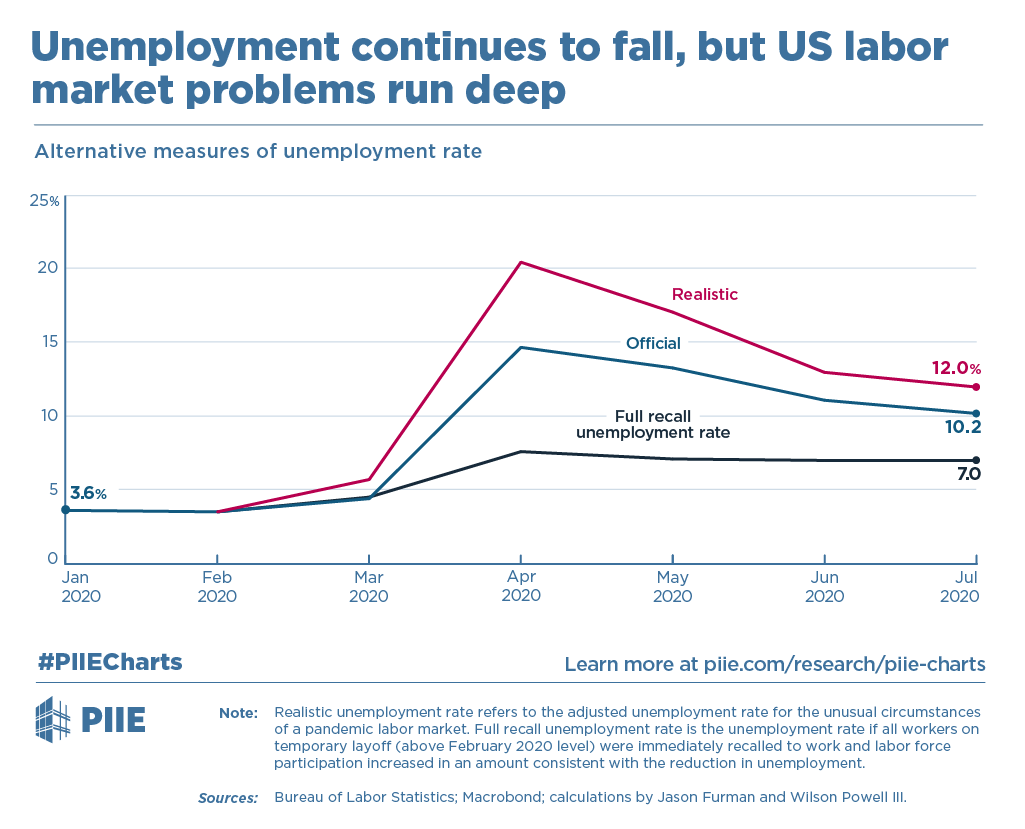 The official employment rate fell again in July, from 11.1 percent in June to 10.2. However, improvement has slowed from the initial recovery in May and June. In prior months, the labor force participation rate increased as the official unemployment rate fell as more workers actively sought work. In July, labor force participation fell slightly, despite continued reduction in unemployment, indicating 4.7 million more people without employment did not look for work than in February and were counted as neither employed nor unemployed. This drop in participation is a potential warning sign about the sustainability of continued labor market improvements in the coming months.

The full recall employment rate, the unemployment rate if the 8.4 million additional workers on temporary layoff since February returned to work immediately, remained unchanged from June. These data suggest temporary labor market problems run deep, and the United States is likely to have a recessionary level unemployment for some time to come.

This PIIE Chart was adapted from Jason Furman’s blog post, "US unemployment rate falls again but still little progress for people who have not been temporary furloughed from their jobs.”